Biographies of the WPA Artists Featured in the Exhibit.

“My work, my art, is to me a means of giving some semblance of dignity and even sanity and meaning to a world too often obsessed with material concerns, with false values and meaningless goals... 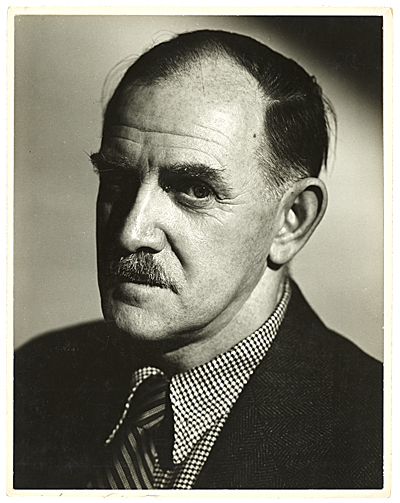 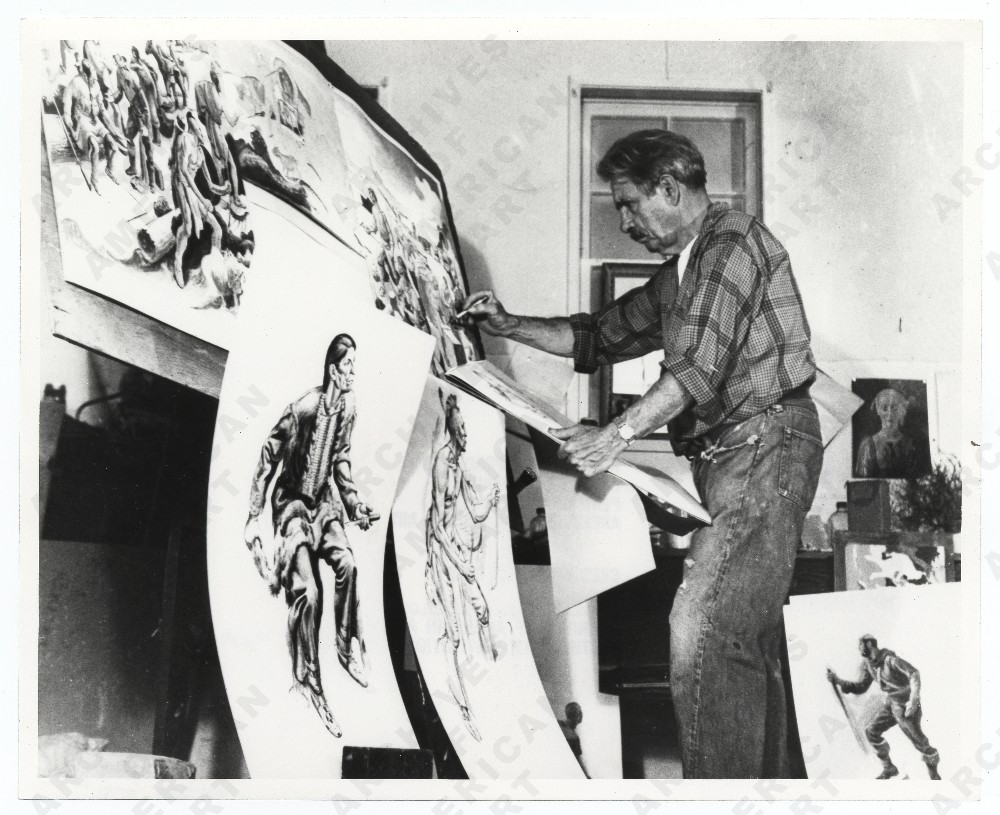 Description: Shows Benton at work on sketches in preparation for a mural. 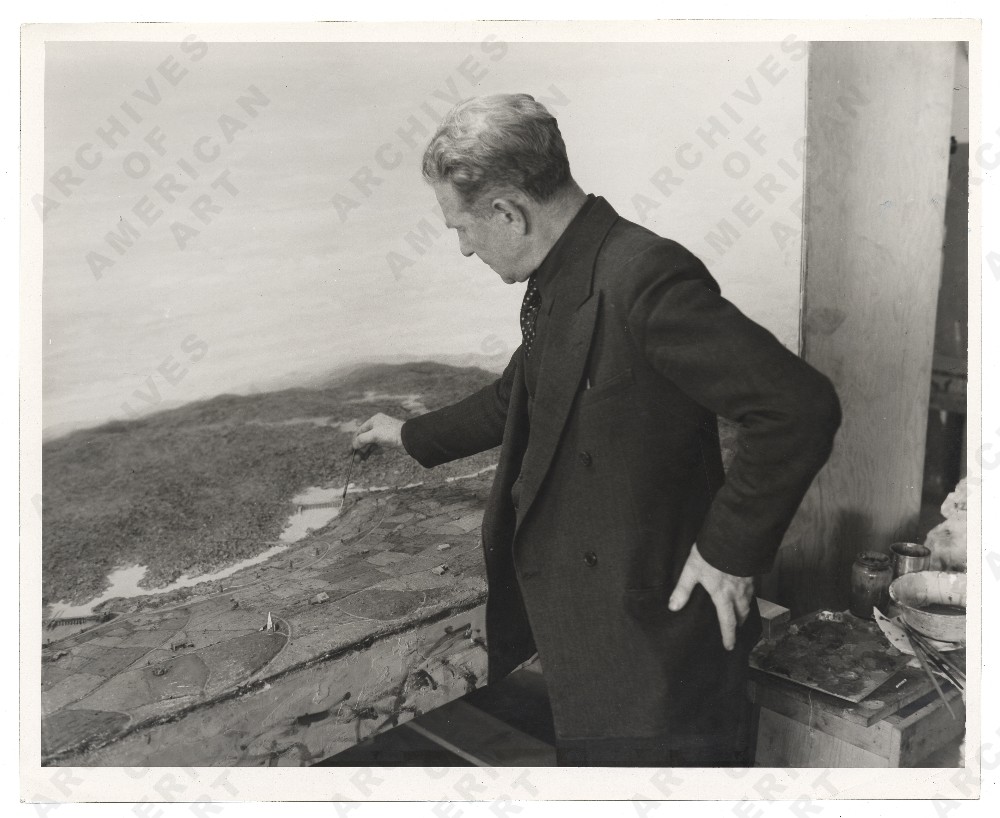 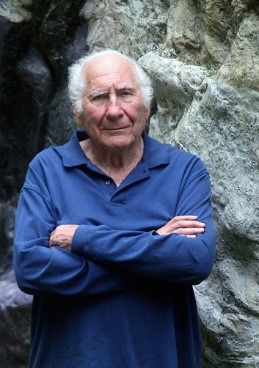 “Manuel Bromberg has survived as an artist in the most difficult of periods. Neither critic, nor historian, nor public can really understand the personal sacrifice and hurts that are the consequences of continuing to act as an artist in this century of art.“
—Henry F. Raleigh, Art Critic and Essayist 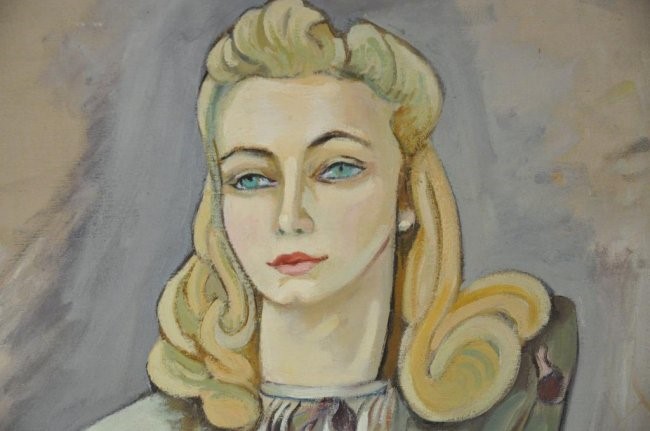 On January 4, 1936, in The New York Evening Post, the Critic notes: "A slick, chilly, decorative manner is used by the Romanian artist Aurilia Calonesco in her paintings at the Delphi Studio. Thoroughly decadent stuff..." 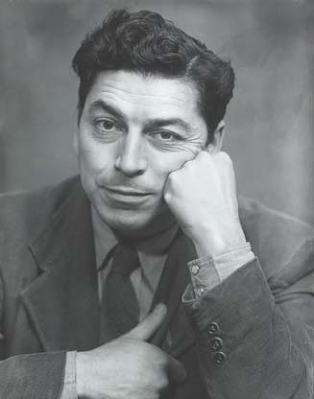 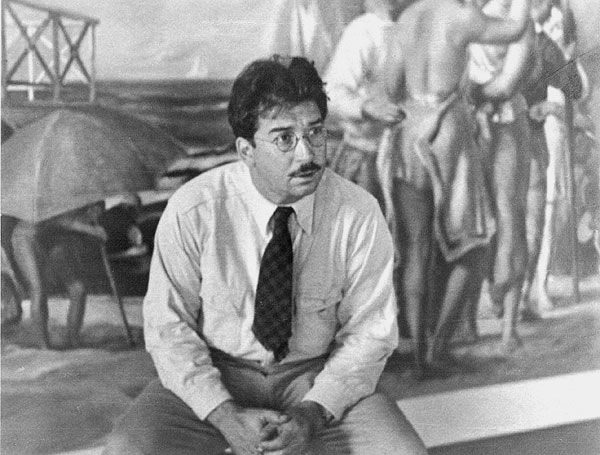 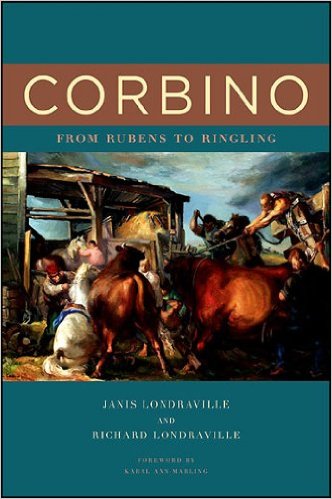 Milton Avery, born March 7th, 1885 in modern day Sand Bank, New York, first began his art studies at the Connecticut League of Art Students in Hartford.  There, he studied under Charles Noel Flagg who persuaded him to take a life-drawing class which launched Avery’s art career. He also attended the Art Society School, with guidance from Albertus Jones.  After working as a manufacturer and insurance worker until 1925, he moved back to New York and married an illustrator named Sally Michael.  Avery’s first exhibition ran in 1928 at the Opportunity Gallery in New York.  His recognition continued to grow over the following years, as he participated in numerous other exhibitions, and museums purchased his work.

Heavily influenced by French Fauvism, and German Expressionism, Avery’s use of line clarity and rich semi-abstract color work laid the groundwork for other color field painters like Adolph Gottlieb, Barnett Newman, and Mark Rothko. Many of these artists were also good friends of Avery.  Avery was also inspired by Henri Matisse, a great Expressionist painter. Avery also worked in the WPA’s Easel Division in 1938. Considered one of the 20th century’s most influential artists, Avery produced work that included themes of coastal landscapes, classical motifs, still life, and portraits. Being a very productive artist, Avery’s lifetime of works numbered in the thousands.

Avery died January 3rd, 1965 at the age of 79, and was buried in the Artists Cemetery in Woodstock, New York.  His paintings have been exhibited at such art museums as the Brooklyn Museum and The Museum of Modern Art in New York, the Museum of Fine Arts in Houston, and the Cleveland Museum of Art.

Thomas Hart Benton, born on April 15th, 1889 in Neosho Missouri, was one of the great American artists of the 20th century. Born in the Midwest, Benton emerged as a renowned artist, famous for his paintings and murals, but arguably more so for his Regionalist style of painting.  Benton attended the Art Institute of Chicago, and later continued his studies in Paris, where he worked in a cubist style.  Later, Benton renounced modernism in favor of realism that focused on rural Midwestern subjects.  In his America Today mural at the Metropolitan Museum of Art in New York City, Benton produced a massive ten panel work which portrayed the social, economic, and industrial changes America endured in the nineteen thirties. Benton's work and presence within the art world drew in many students- notably, Jackson Pollock, an American abstract expressionist.  Thomas Hart Benton died on January 19th, 1975.

Marling, Karal Ann. 1985. Tom Benton and His Drawings: A Biographical Essay and a Collection of His Sketches, Studies and Mural Cartoons.  Columbia, Missouri: University of Missouri Press.

Doss, Erika Lee. 1991. Benton, Pollock, and the Politics of Modernism: From Regionalism to Abstract Expressionism.Chicago: University of Chicago Press.

Manuel Bromberg was born on March 6, 1917 in Centerville Iowa. He became interested in art and started taking art classes at a young age. At the age of 16 he won the first George Bellows Award. In 1937 he graduated from the Cleveland School of Art and began studying with Boardman Robinson (an artist, political cartoonist, and muralist) at the Colorado Springs Fine Art Center and worked by his side on the Department of Justice mural. In 1938 Bromberg was selected to be a part of the Federal Arts Project’s WPA Easel Program. He was then awarded a mural commission for the Tahlequah, Oklahoma Post Office. The next year Bromberg won the 48-State Juried Mural Competition for his mural in the Greybull, Wyoming Post Office. During WWII as a member of the U.S. Army, Bromberg was appointed an Official War Artist. In 1957 he was hired as the professor of Painting and Design at SUNY at New Paltz, New York, and in 1959 he became the Chairman of the Woodstock Art Association. In 1968 Bromberg debuted his cliff sculptures. He retired from his position at SUNY in 1979 all while still showcasing his work and creating new art. In 2004 Bromberg participated in a D-Day Anniversary Exhibition in London that lasted for five years. In 2013 the Woodstock Artists Association & Museum, Woodstock, NY bestowed a Special Honorarium on Bromberg. At age 98 he still continues his life’s work.

Aurelia Caloenesco was born in Romania on Sept 23, 1895.  After studying at the Beaux-Arts School in Bucharest, Romania, she worked as a painter in New York, Cuba, and Paris.  Caloenesco married Robert Hallowell in 1926, who was a business manager and founder of New Republic Magazine.  He later developed a new found passion for painting, and the couple displayed works together at various exhibitions.

Caloenesco’s work was exhibited in such places as the Salon des Artistes Independants and Salon de la Societe des Artistes Francais in Paris from 1922 to 1928.  She also exhibited in the Montross Gallery in New York City in 1929, and at the Delphic Studios in 1936.  Her work was listed in a 1936 calendar of exhibitions under the Delphic Studio’s headline.  On January 4th, 1936, a New York Evening Post critic noted about Caloenesco saying, "A slick, chilly, decorative manner is used by the Romanian artist Aurelia Caloenesco in her paintings at the Delphic Studios. Thoroughly decadent stuff..."  The Delphic Studios were started by Alma Reed in New York, who promoted mainly Mexican artists, but also many other oil and water color artists.

Caloenesco was commissioned by the Works Progress Administration in the Easel Division from March, 1936 until January, 1937. Though she died in New York in November, 1968, some of her works are still held at St. Joseph College in West Hartford, CT.

Edward (Eduardo) Chavez was born in Wagonmound, New Mexico in 1917. He signed his letters “Eduardo”, but he is commonly known as Edward (Irving). He was as an illustrator, muralist, genre and landscape painter, sculptor, and lithographer. Chavez studied at the Colorado Springs Fine Art Center (David Cook Galleries). Before serving in the Army during World War II he often painted murals in the west. He appeared in some publications during the late 1930s, such as the Denver Post and Parnassus. After the war Chavez resided in Woodstock, New York and was an active member in the art community. His early representational style eventually developed into internal theory of pictorial evolution which made his style more organic and abstract. Edward Chavez’s work appeared in major national exhibitions at the Carnegie Institute, the Metropolitan Museum of Art, the Whitney Museum, the Museum of Modern Art and many others. He also had solo shows in New York, Denver, Rome, Italy and  other places. His commissioned murals can be viewed from Center, Texas to Recife, Brazil (Irving). Chavez passed away in Woodstock, New York in 1995.

“My work, my art, is to me a means of giving some semblance of dignity and even sanity and meaning to a world too often obsessed with material concerns, with false values and meaningless goals...

Jon Corbino (1905-1964) was an underrated Italian artist, influenced by Tintoretto, Titian, and Rubens, who studied the Arts Student League in New York in 1922.  Early in his career, he worked with etching.  When he was 25, the Art Institute in Chicago included his work in their twenty-fifth anniversary exhibition; this acceptance led him to study at the Pennsylvania Academy of Art.

Corbino served as the Assistant Technical Director of the Public Works of Art Project from 1933 to 1934. He was then the Assistant Chief of the Painting and Sculpture at the Federal Works Agency, where he selected artists who “make art of high quality to decorate public buildings” which ultimately produced “art accessible to all people.”  From 1934 to 1935, he created eleven beach murals for the Works Agency. He also completed pieces that focused on natural disasters occurring in America such as floods and earthquakes. He died in 1964, in Sarasota, Florida.

Quote from the Address of the Dedication of the National Gallery of Art (March 17th, 1941)

"The people of this country know now, whatever they were taught or thought they knew before, that art is not something just to be owned but something to be made: that it is the act of making and not the act of owning that is art. And knowing this they know also that art is not a treasure in the past or an importation from another land, but part of the present life of all the living and creating peoples—all who make and build; and, most of all, the young and vigorous peoples who have made and built our present wide country."

Link off and listen to the address by President Roosevelt at the National Gallery of Art, March 17, 1941)