WPA Meets IUP : A Glimpse Into America's Artistic Past: The Art: Figures 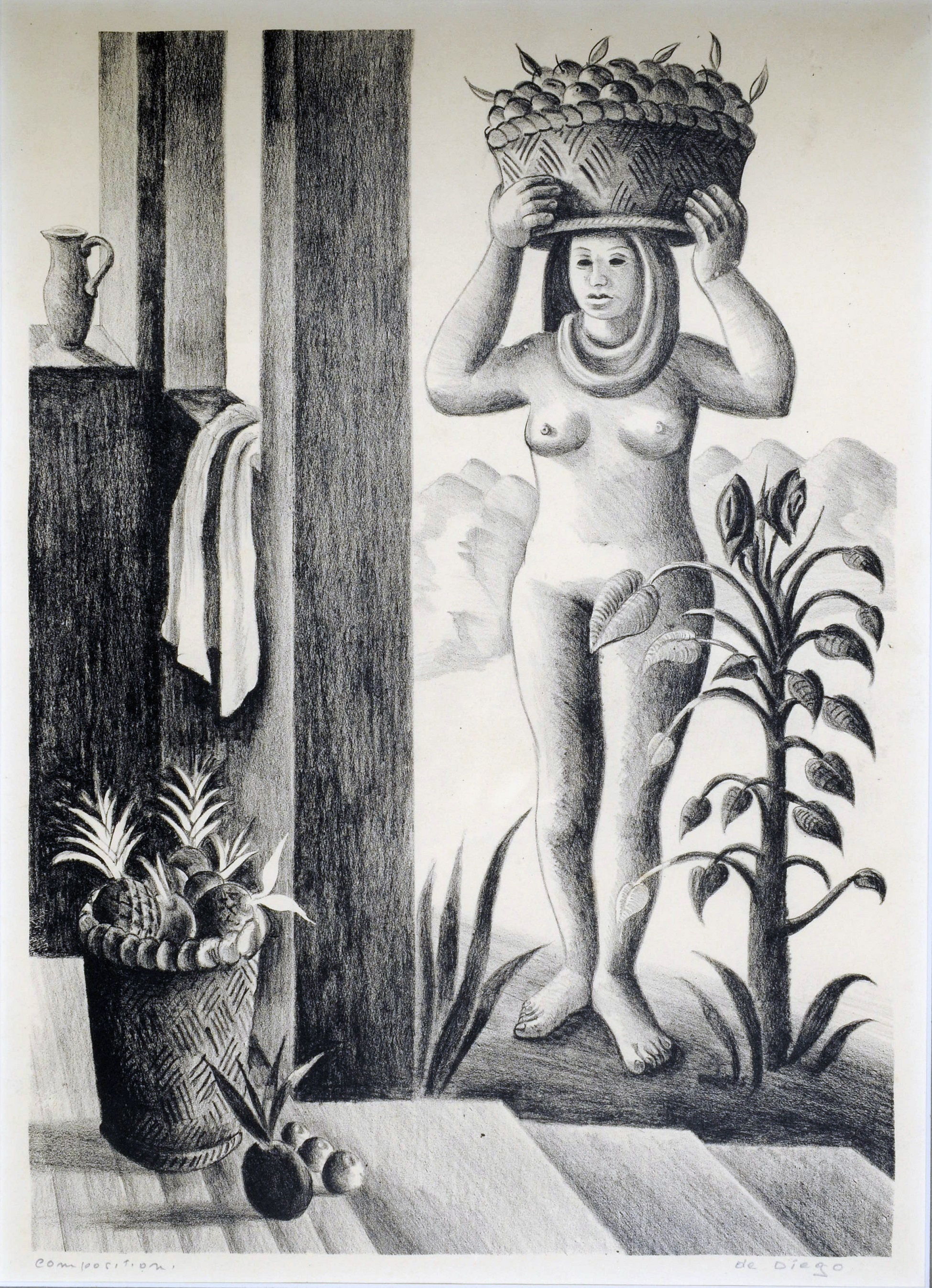 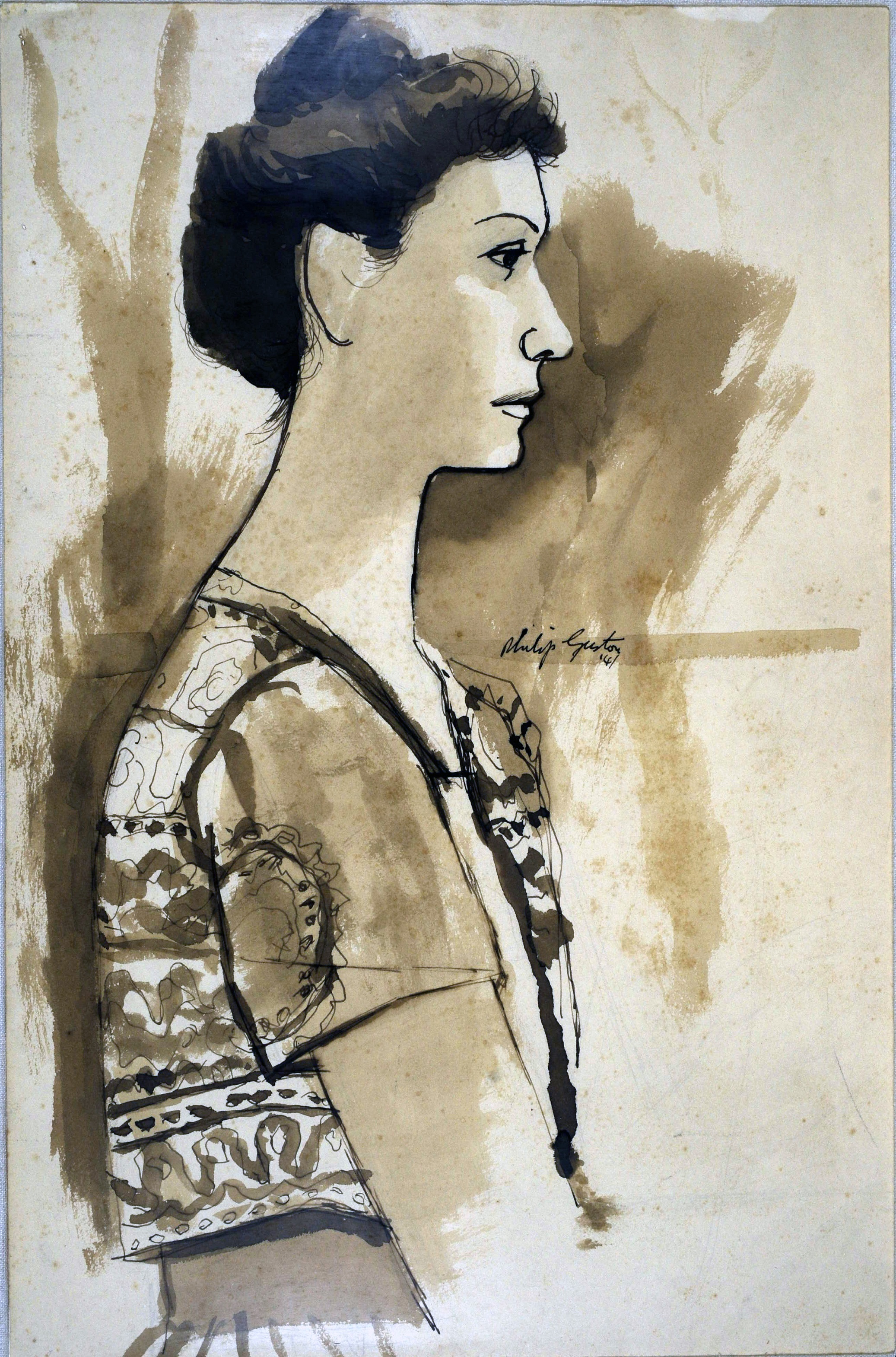 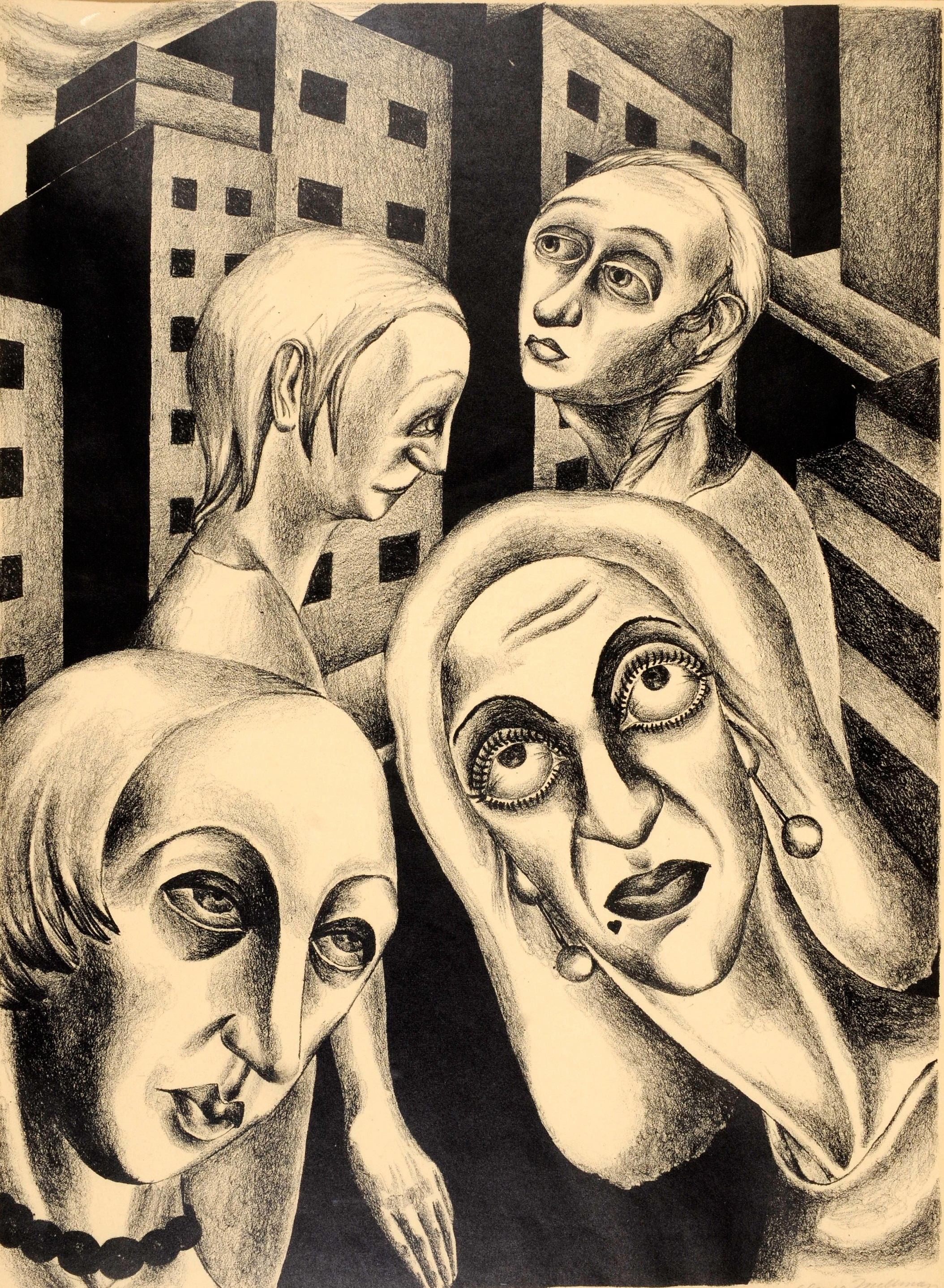 Composition, completed between 1935-42, is a lithograph published by the Works Progress Administration. During this time Julio De Diego was exhibiting and teaching at the Art Institute of Chicago. He also obtained his U.S. citizenship a year before he completed this piece.  Here, a nude woman stands outside of a house carrying a large basket of fruit on her head.  Her eyes appear as empty solid black holes.  A tall plant slightly covers her body. There is another large basket filled with fruit just inside the house. In the house there is also a pitcher on the window sill to the left and a long piece of fabric draped over the window sill on the right. Although some of De Diego’s influences were Surrealists, this monumental nude more closely relates to those by the Mexican painter Diego Rivera as in his Flower Carrier or The Weaver.

Some Music from the Era

Philip Guston’s Portrait of Helen Martin depicts the profile view of Ms. Helen Martin. From beginning to the end of Guston’s career, line is a constant element regardless of the different mediums he used.  Martin’s hair is pulled up into a simple bun with seemingly no expression on her face. Her clothes are modest and reminiscent of traditional Mexican costumes. The different colors are made evident by the varying washes of ink on paper. The erratic but elegant designs on the modest coat are similar to embroidering. Traditional Mexican clothing was heavily designed in embroidery and often was paired with feminine blouses and bright long skirts. During the early part of Guston’s training he studied in Mexico and was undoubtedly inspired by the culture and their techniques.

Claire Moore Millman's print, The Fair Sex, 1937, depicts four women in a semi-abstract, urban setting.  Black and white faces juxtaposed against a distorted, ominous background exude emotions of hollowness and stress. Likely a depiction of female workers during the time of the nineteen thirties- a time when it was hard for anyone in America to keep a job, much less women, the desolate expressions transfer from the subject to its viewers.  Abstraction in the faces comes from the distorted nature of the features- elongated and pointed noses, nearly miniature pointed chins, with eyes and foreheads enlarged to the point of an unnatural size and shape.  In contrast to the expressionist distortion in the women’s gaunt faces and hollow eyes, the background of The Fair Sex recalls cubism and Picasso with its angular buildings and stairs and simplified shadows.   All of the women look in different directions, yet not a single one of them looks content with what they see. The left foreground figure looks  right past us through space, leaving the viewer completely outside of the work.  Not idealized in the least, these four women represent the desperation of many Americans during the Great Depression.