WPA Meets IUP : A Glimpse Into America's Artistic Past: The Art: Still Life and Political

The Art: Still Life and Political 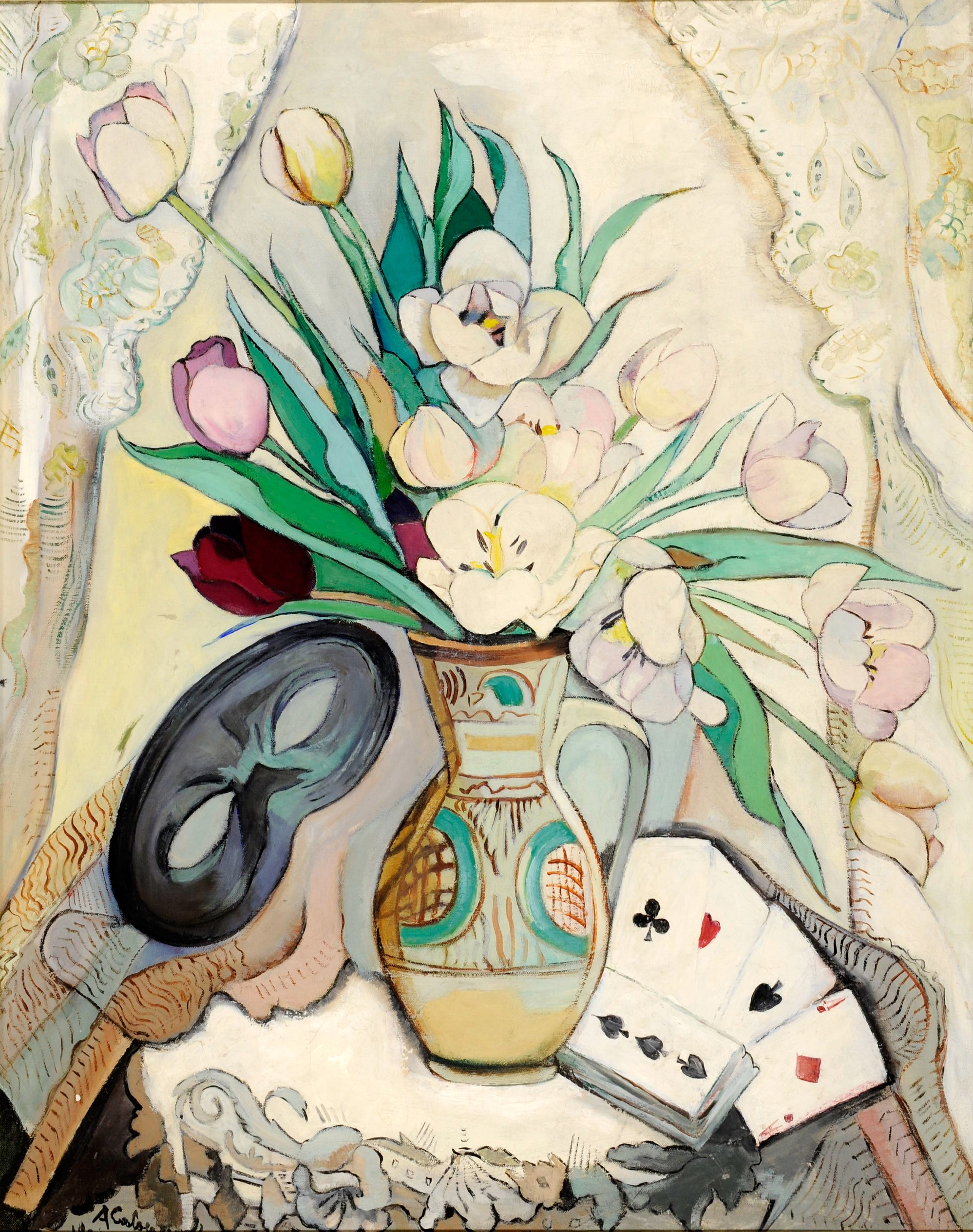 Bouquet in a Window by Vincent D' Agostino 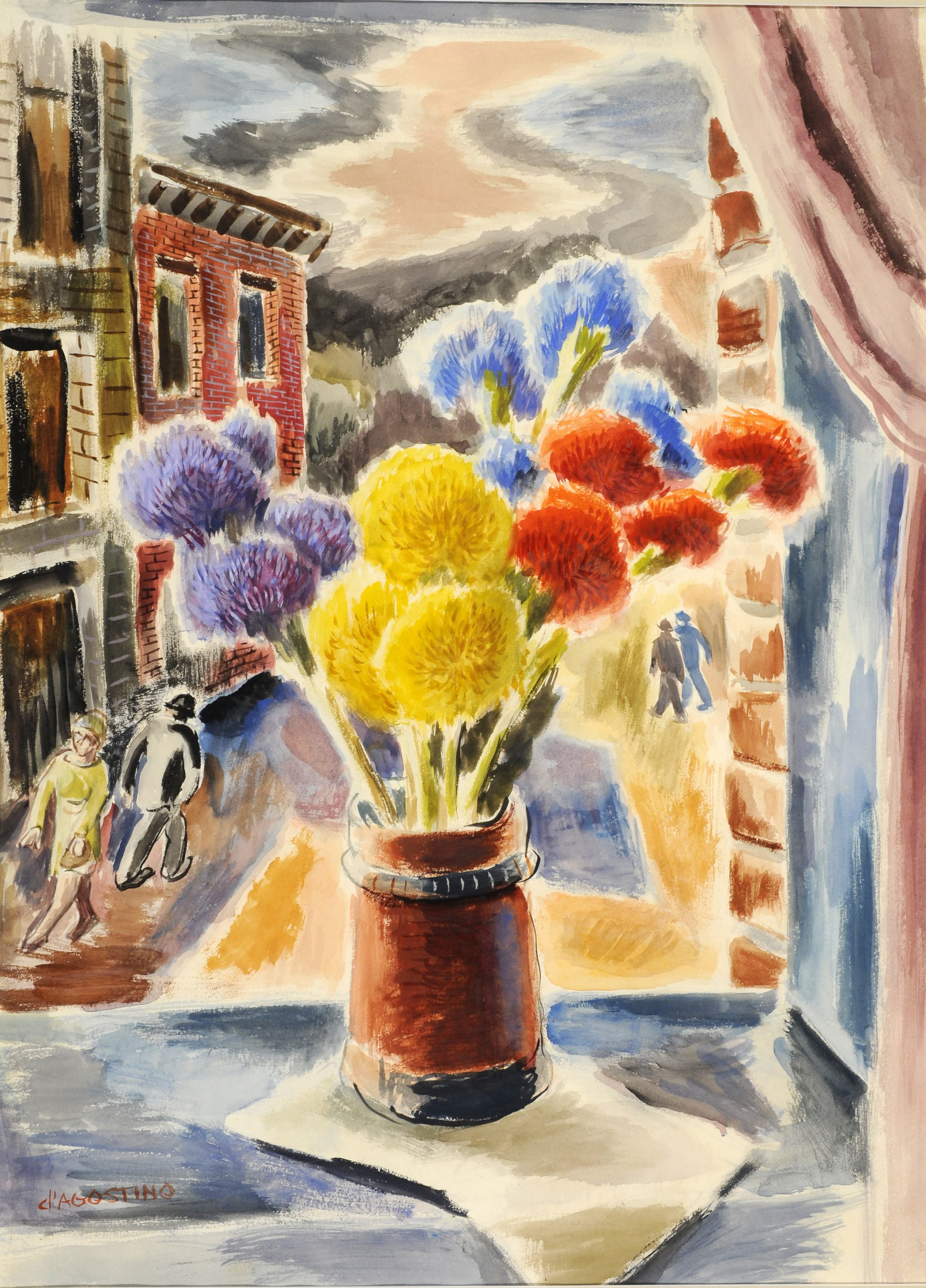 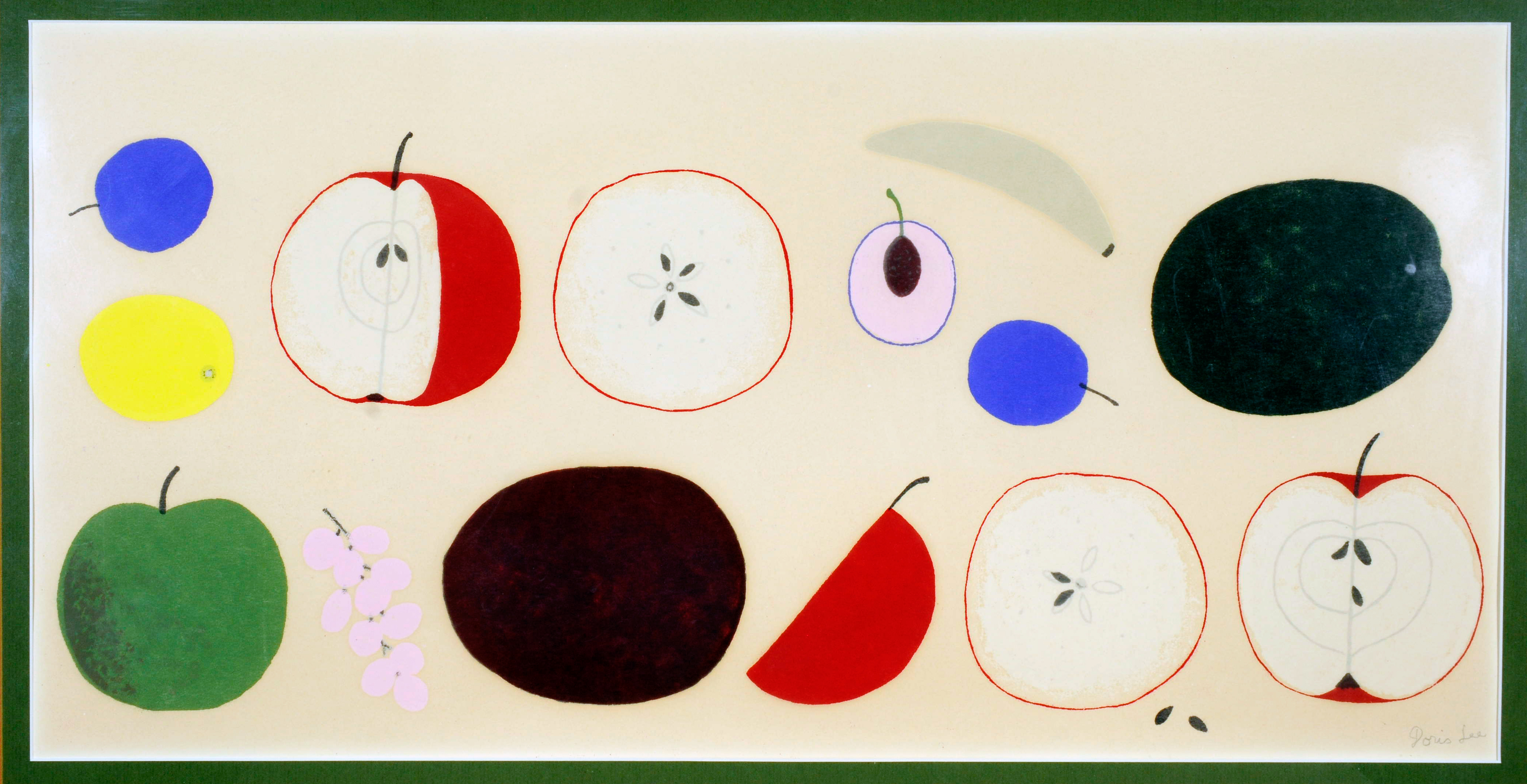 Thou Shalt Not Stand Idly By Ben Shahn 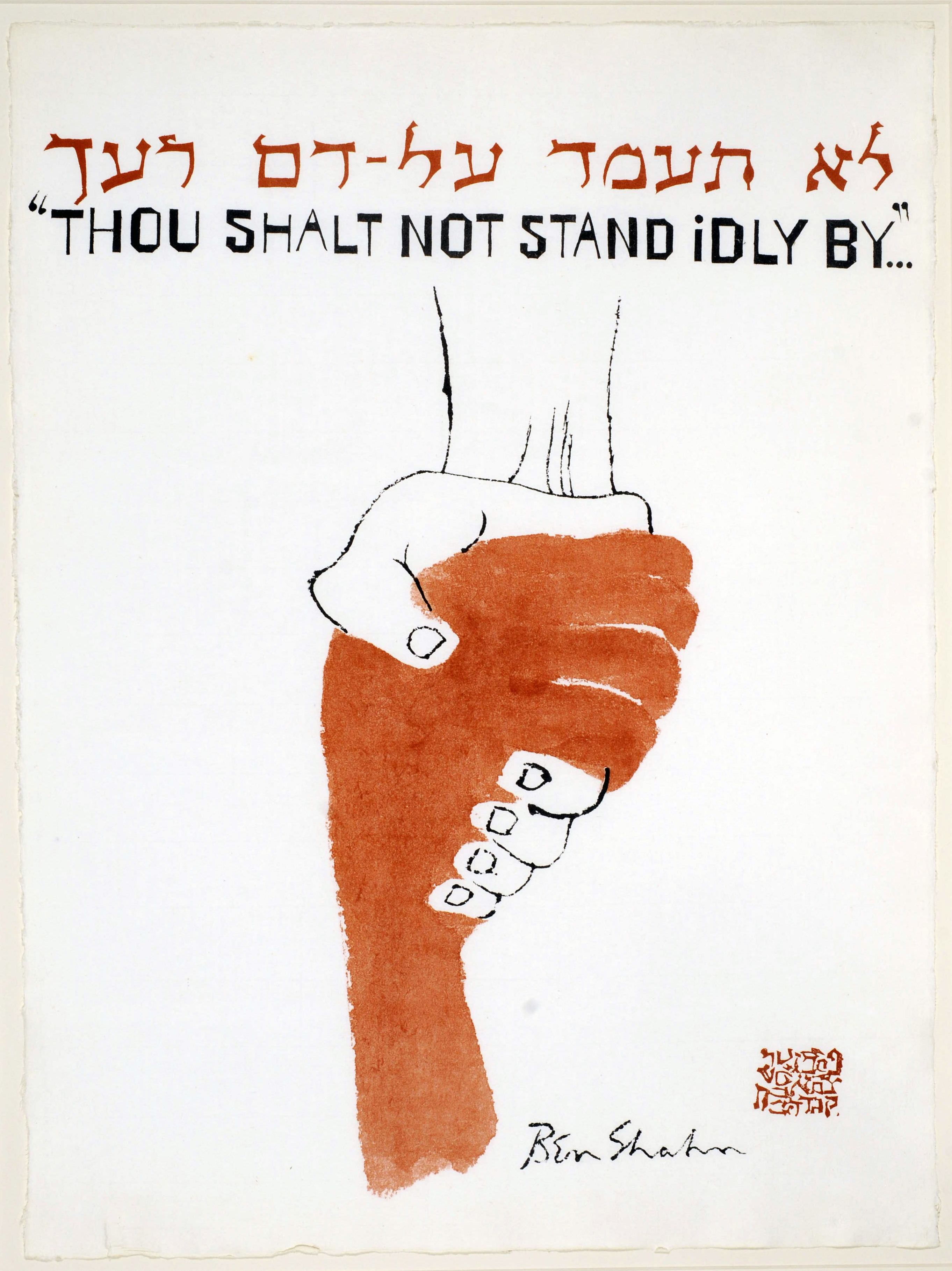 Aurelia Caloenesco’s dynamic composition (Untitled) Still Life with Mask focuses on a vase of flowers with a black mask laying next to it, countered by a fanned deck of cards on the opposite side. Caloenesco displayed all four suits of cards (clubs, spades, diamonds, and hearts), as though inviting the audience to play.  She did not define the negative space well, but rather faded it into the background without depth or detail.  The foreground objects show great color,  detail, and dark outlines, especially in the curtains and the flower petals. Caloenesco saturated the flowers with a variety of rich colors: dark red, purple, yellow, and white.  The curtains also contain a subtle floral motif, with much lighter colors, and much less saturation. A green reflection on the black mask from the adjacent vase appears on the black mask.

Having come from Europe, Dutch flower paintings  possibly influenced Caloenesco.  In the Baroque period, Dutch flower painters such as Pieter Claesz often used flowers, skulls, and dead fish in their vanitas paintings. These objects reminded the audience of their mortality, since living objects such as flowers exist in a vase for a fleeting amount of time before withering away.   Caloenesco may have used still life objects such as the mask and cards a similar way to warn the audience against vain things like gluttony, greed, and gambling.  Caloenesco likely studied such types of Dutch paintings during her studies at the Beaux Arts School in Bucharest.

On the other hand, Caloenesco may have been trying to brighten the viewer’s mood with bright colors and flowers.  At a time when entertainment spending was at an all-time low, people alternatively turned to art instead of movie theaters and circuses.  Most art of the 1930s was something that downtrodden people could relate to.

Vincent D’Agostino’s Bouquet in a window is an impressionist painting. The short brush strokes are soft and visible in his composition. In the center of the composition is a vase full of colorful flowers sitting on the ledge of a window. In the background, four people are walking on the city sidewalks. It’s worth noting that in contrast to the vibrant and colorful flowers, the sky’s colors are muted and almost dull. In 1937 when the painting was completed, the depression was at another extremely low point affecting everyone. Living in Chicago D’Agostino was in one of the major cities that were affected. This painting captures the beautiful flowers in full bloom while in a city full of despair.

Doris Lee’s Apples depicts a stylistic still life of assorted fruit. It’s bright colors, simplicity, and illustrative style reflects upon other pieces that she had created around the 50’s. During this time the definition of art was broader than ever. The war had just ended, rock and roll was taking over the music scene, and we had bounced back from the depression. Abstract expressionism was growing in popularity, as well as neo-data art which was parallel to pop art that started to take shape a few years later.  However,

Lee’s paintings were no reflection of that. Instead, they emulated the regionalist movement that had been popular since the 1920s, which started to fade in the same decade as the creation of this painting.

Through Lee’s career she explored many different disciplines within the art community. She could transition quite easily between doing commercial or fine art, as well as illustration. She held down a career as a freelance fine artist as well as jobs teaching and illustrating; she created illustrations for books as well as newspapers, and taught painting. Lee was commissioned by the WPA to create two murals for the Post Office, one in Summerville, Georgia, and one in the main Post office located in Washington, D.C. This was the same day that Lee was recognized for her painting Thanksgiving Dinner, which was controversial. Some believed it to be too cartoonish and unsophisticated. However, this didn’t stop Doris Lee from continuing to grow as an artist.  She continued her career as an artist until she died in June of 1983.

Ben Shahn expressed a simple, direct message in this image of two hands holding and helping each other, created years after his work on the FAP that documented the human condition in America. Above the hands, Shahn’s motto appears: “thou shalt not stand idly by.” The artist never stood for unjust behaviors towards others.  His opportunity to work with the WPA provided his exposure as the well known artist he is today.