Biographies of the WPA Artists Featured in the Exhibit 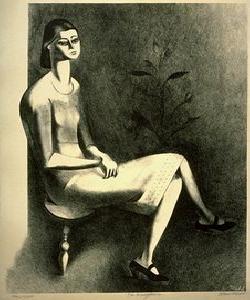 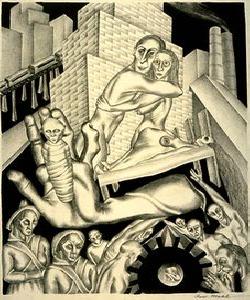 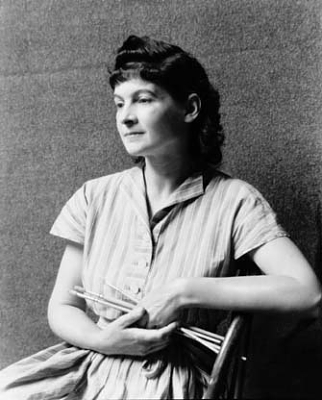 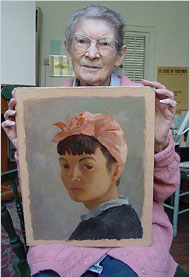 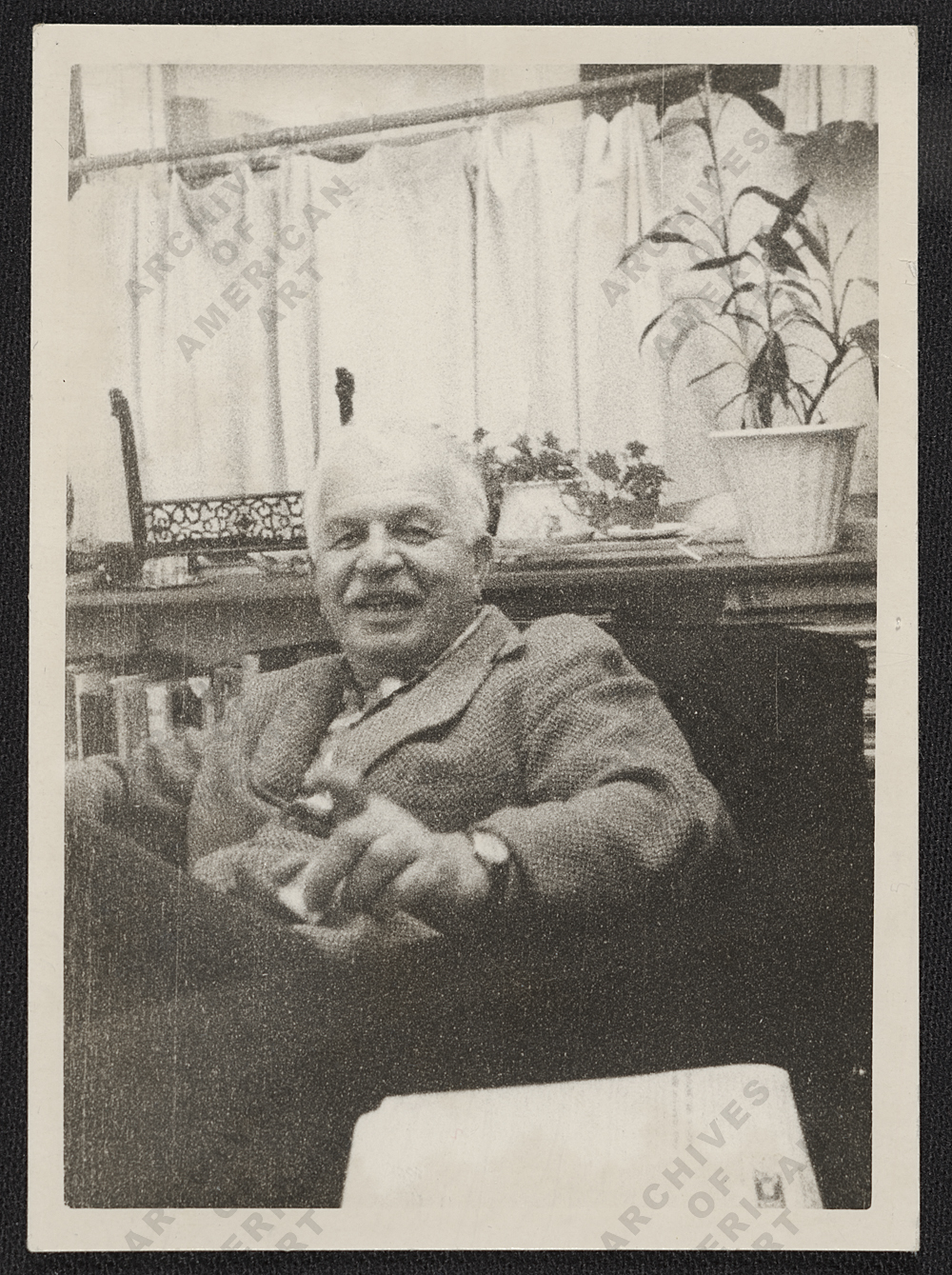 Description: Half-length portrait of Shahn, seated in an armchair before a low bookcase and a window. Forms part of: Ben Shahn papers, 1879-1990, bulk 1933-1970 (Archives of American Art). 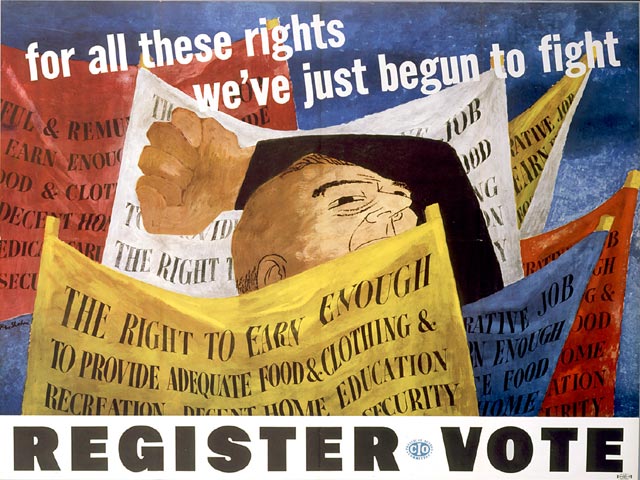 Claire Mahl Moore was born in 1910, in New York City.  Beginning her artistic training in the nineteen thirties, Moore attended the National Academy of Design and later the Art Students League. Studying under Thomas Hart Benton, Moore worked and studied among classmates such as Lee Krasner and Jackson Pollock. In the nineteen forties Moore scored a one woman exhibition in the ACA Galleries in New York, and by the nineteen fifties her work stretched out west- as she was shown at the Key Gallery and at the King Ubu Gallery in San Francisco.  Moore exhibited across the country throughout her life, all the while she was simultaneously funding and publishing books and print sources, along with teaching at a multitude of accredited institutions.  Moore's work still resides in institutions such as the Metropolitan Museum of Art, the Museum of Modern Art, and the New York Public Library.  Claire Mahl Moore died on August 5th, 1988. 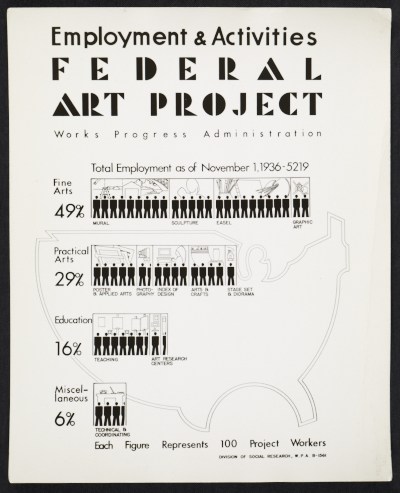 Artist Andrée Ruellan was born in Manhattan on April 6, 1905. Ruellan had a passion for art at a very young age, and her career as an artist started at age 9, when Robert Henri invited her to join a group show in the East Village, where she exhibited watercolors and drawings of urban street life. In the same year Ruellan had an illustration published in a progressive magazine called The Masses. Once her father passed away, Ruellan began selling her works in order to provide for herself and her mother.

At age 15, Ruellan went on to receive a scholarship to the Art Students League. There she studied with Henri and Maurice Sterne. Ruellan was offered yet another scholarship to Sterne’s newly opened art school in Rome. She traveled with her mother to Europe and studied with Sterne before moving to Paris in 1923. Andrée Ruellan was a realist, but later in her career her works were more influenced by surrealism and abstract expressionism. Ruellan died at the age of 101 in 2006, in Kingston, New York.

Ben Shahn, born on September 12, 1898, began his life in Kauhuas, Russia. Ben developed a strong hate for human injustice in his youth. By age eight, he learned how to draw and by 1906, moved to Brooklyn, New York. In his teens, he simultaneously learned through apprenticeship how to lithograph and attended school. By the time he was twenty eight, he travelled to Paris as an art student. It was there he explored the "why" when creating his artwork and refined his talent.

Ben Shahn's claim to fame was a series of paintings he created commenting on the Sacco­Van­zentti trial of 1931. His success as a painter and graphic designer led to commissions from CBS and other noteworthy companies. From 1935 to 1939, Ben Shahn worked successfully and unsuccessfully for the WPA. He travelled documenting the American experience and the work conditions Americans would endure. He helped contribute to the Public Works project by producing thirteen murals in the tri-state region.  Ben had been presented multiple opportunities to speak at the White House for his view on education and has had five children, three of which are artists. He passed away on March 14th, 1969. 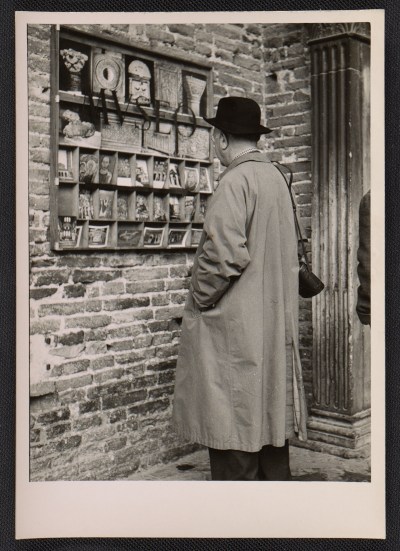 Description: Photo shows Shahn, seen from behind, looking at a rack of postcards in a museum in Italy (Archives of American Art)