Stemmler, David “IUP students Attitudes on the Vietnam War as Reflected by the Penn, 1965-1973 (find a link)

Images from the Era 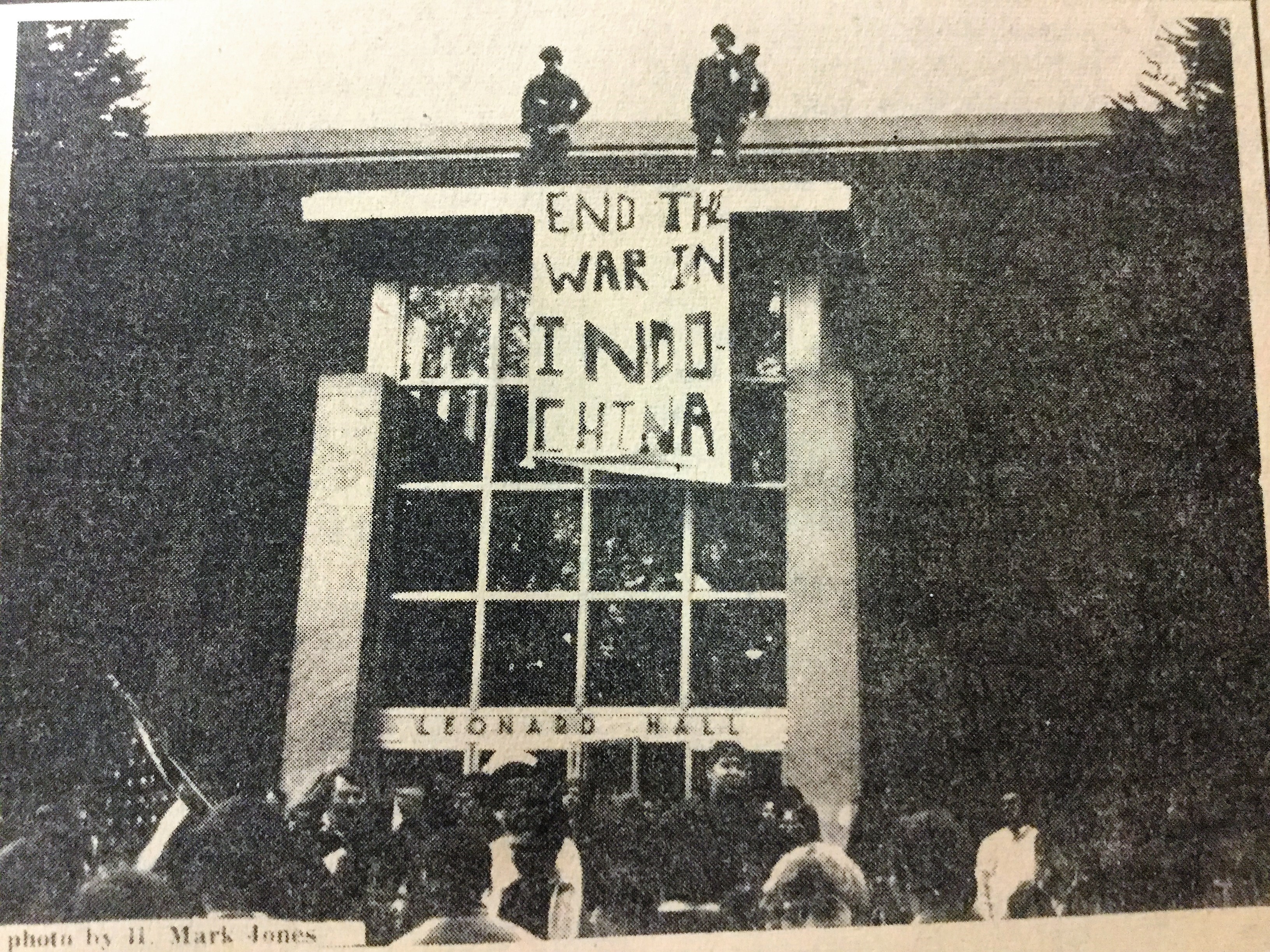 Although this collection of newspapers starts in 1969, I feel as though it pertains to the anti-war feeling of the 1970’s especially since the protest against mandatory ROTC took place in September of 1969.

The newspapers between these dates show some of the strikes that were coordinated through the Penn In the early 1970’s (especially in the month of October). In this set of papers you see a small amount of a more pro war stance but it is largely outnumbered by the amount of anti-war articles and opinion pieces being run.

Like the previous year the anti-war opinion pieces and stories much outweighed those of the pro war. One particular event was a protest ROTC award ceremony at Miller Stadium. Like the other protests that occurred at IUP it seemed relatively peaceful, consisting of mostly silent sit in with little heckling. While there were a few counter protesters at the event they seemed to have been largely outnumbered by those protesting the ceremony. Those around the stadium not participating favored the protest and thought they needed to exist, but did not feel like they did much. Another interesting thing that really only seemed to be in this collection were the vast amounts of anti-war comics included in the papers, mostly criticizing Nixon, the GOP, and a few more grisly comics pertains to soldiers and Vietnamese civilians.

The last full group of newspapers before the United States officially pulled out of the Vietnam War. In the later issues the Penn criticizes the ceasefire between the US and Vietnam. A few articles focus on the apparent willingness of Richard Nixon to leave Vietnam but accuse his government of dragging its feet while still killing and bombing innocent Vietnamese. An interesting cartoon shows, in different panels, the reaction of those who took part in the war. A group of Vietnamese are shown rebuilding a destroyed hospital, a soldier is seen solemnly walking in a welcoming parade, and a man in a suit (representing what I am assuming is the president or higher general) and a dunce cap is shown complaining that Vietnam would have been done if we had just tired harder, showing politician’s ignorance when it comes to war. The final panel shows Richard Nixon and two other with wide grins and happy faces cheering that we had won, but this cartoon attempts to show at what cost the victory was made. Another interesting finding in this set of newspapers in the SGA’s denouncement of the bombing in Vietnam on behalf of the student body.